The lithium revolution?: “If there is no popular energy transition, it is useless” 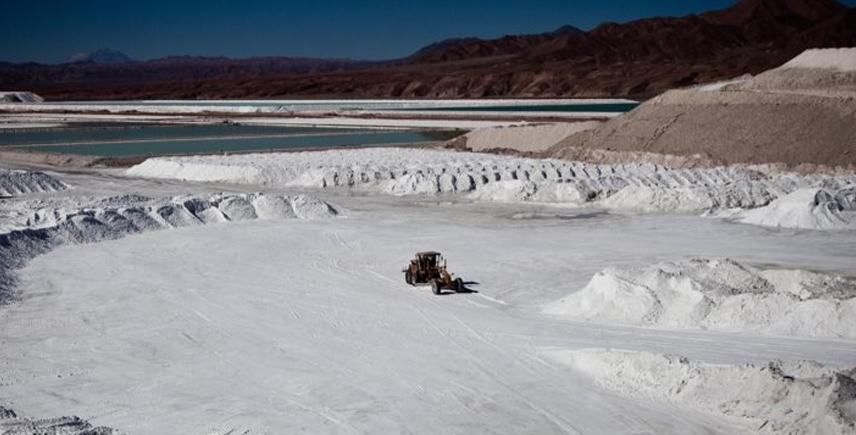 The lithium revolution?: “If there is no popular energy transition, it is useless”

Specialist Bruno Fornillo highlights the need for Argentina to regulate the extraction of the resource, and maintains that capitalist accumulation is the basic problem.

According to the Interuniversity Forum of Lithium Specialists, Argentina is the world’s fourth largest producer of this chemical element. In addition, together with Bolivia and Chile, they make up the “Lithium Triangle” since they concentrate 65 percent of the reserves of the entire planet (in the national case, the reserves are found in the Puna salt flats). Although this may mean an advantageous position for the South American countries, and especially for Argentina, the member of the Forum and doctor in Social Sciences (UBA), Bruno Fornillo, explains to the UNQ Scientific News Agency that this “will depend on the attitude take the government.” “The presence of large foreign corporations in the country and the lack of state regulation means that a large part of this resource is exported to the central countries. It is not going to be a thing that the energy transition occurs in the global north and the southern hemisphere is condemned to be a sacrifice zone that the only thing it does is export, ”says the specialist.

Lithium is considered strategic for countries that have large reserves and for the search for an energy transition since it can be used instead of fossil fuels, and thus add to the efforts to reduce global warming. Currently, it is implemented in the production of rechargeable lithium-ion batteries, which provide electricity to vehicles (the automotive industry is the largest on the planet) from renewable energy sources, thus replacing fossil fuels. Also, being lighter than other metals, it can be used in air treatment, batteries, ceramics, glass, metallurgy, pharmaceuticals, and polymers.

Read More  Do you know how to use your car lights correctly?

However, in the national case, the resource has been exploited as an ordinary mineral since the 1980s, and its extraction has intensified since 2000, all under a neoliberal political scheme that facilitates the presence of large foreign companies in litiferous areas.

The regulations are based on article 124 of the National Constitution, which establishes that the domain of lithium belongs to the provincial governments and not to the national State, which makes it possible to grant concessions according to the wishes of each governor. In addition, the Mining Code (Law 24,585) also governs, which facilitates the marketing of minerals. On the other hand, the Mining Investment Law is also applied, which grants companies fiscal stability for 30 years, which ranges from direct taxes, rates and tax contributions to duties, tariffs or other taxes on imports or exports at the national level. , provincial or municipal. In short, the extraction and exploitation of lithium is not regulated by the National State nor is it considered a “strategic resource”.

The absence of national control and legislative flexibility make foreign companies exploit how and how much they want and take it to their countries; in fact, “many times it happens that they export themselves at a very low price, harming Argentina.” Currently there are fifty projects in the central countries that are in the exploration stage and two lithium mines in operation. “We do not have a sovereign policy in Argentina and that leaves us in a very bad situation, it benefits them a lot, us? Nothing”, comments Fornillo.

Can anyone think of the ecosystem?

In environmental terms, the lithium extraction evaporite technique seriously affects the ecosystem in two ways: excessive water consumption and the constant production and disposal of waste. Even the area of the salt flats is in danger of running out of water, which puts the ecosystem as a whole on alert.

Regarding the communities, Fornillo declares that “they are seen as a kind of hindrance that must be palliated in some way. They find themselves in an asymmetrical situation of power vis-à-vis the provincial and national governments and the corporations, and therefore they are constantly ignored.”

Fornillo emphasizes that there must be sufficient sustainability for the entire planet and not just for a single hemisphere. “If we continue to give rise to exploitation and export to the central countries and we don’t think about the hemisphere we occupy, an eco-dependence will occur and we will only be sacrifice zones,” says the specialist.

In addition, it states that consumption and productivity cannot continue to be thought of in the same way that is currently thought. “It is not about changing a fossil vehicle fleet for an electric one and having billions of electric cars, but about moving to another horizon, where we travel by public transport or by shared mobility. Otherwise, we will continue to consume constantly so that four Passovers are filled with money and the rest of society lives more or less”, emphasizes Fornillo.

And he emphasizes: “We must use resources from a perspective linked to the well-being of the population and not to the accumulation of profits. The inequality of distribution is the basis of the capitalist accumulation system, which is what basically creates contemporary socio-ecological disasters. Lithium must be used for a popular socio-ecological transition, for everyone.”