The Japanese have created an unmanned electric tractor 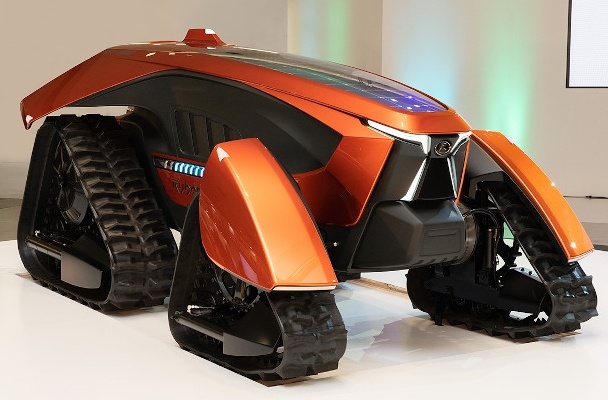 The Japanese have created an unmanned electric tractor

Japanese heavy equipment company Kubota has unveiled a prototype of an unmanned agricultural tractor. The new machine, designed to make farmers’ work easier, has been named the X Tractor, according to the company.

Since 2016, Kubota has been participating in the government’s farmer support program. The program involves the gradual replacement of retiring agricultural workers with 20 different types of robots, including a machine for sorting ripe and overripe peaches during harvest.

The Japanese Ministry of Agriculture estimated that the median age of farmers in Japan was 67 in 2016. At the same time, the average age of farmers in the world was estimated at 60 years. As farmers retire, fewer and fewer able-bodied people remain in agriculture, threatening a food crisis.

As part of a government program, Kubota is developing an unmanned tractor and a lightweight exoskeleton that will make it easier for farmers to harvest and carry containers of fruits and vegetables. Japanese companies Iseki, Yanmar and Hitachi also participate in the government program.

The unmanned tractor X Tractor received four tracked modules with independent drive motor wheels, several cameras and a satellite navigation system. The machine is capable of independently moving through various kinds of fields, including rice fields. The tractor is capable of varying ground clearance over a wide range.

The developers claim that the tractor’s artificial intelligence system is able to independently assess the growth of plants and determine the time for planting, harvesting or plowing the land. Other details about the new car were not disclosed. Kubota also did not specify when exactly X Tractor will be on sale.

In 2017, specialists from the British research project Hands Free Hectare conducted an experiment, during which a full cycle of field work was carried out on an experimental field using robots: they sowed a field with wheat, and then harvested. All these works were carried out under remote supervision by people.