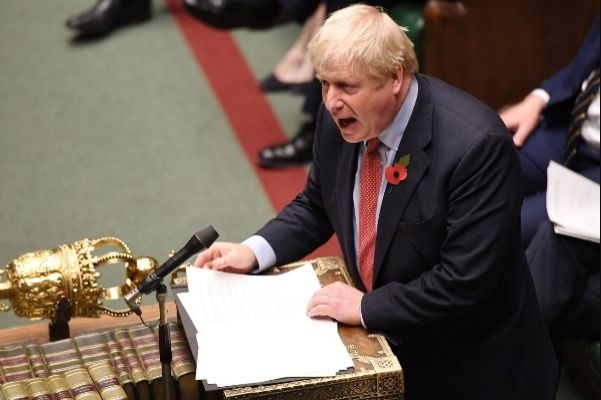 The law should complete its processing in the House of Lords this week and can be ratified by Queen Elizabeth ll early next week, in time for the 25 school days

On the fourth attempt, Boris Johnson finally won Parliament’s support for the call for early elections. With the majority support of the opposition (438 votes to 20), the ‘premier’ managed to set the appointment with the polls for December 12 and promised to postpone until then the approval of his Brexit agreement, with the hope of ” change arithmetic “in Westminster and finally culminate the exit of the EU on January 31.

“There is only one way to get us to complete Brexit, in view of this ceaseless parliamentary obstructionism,” Johnson warned when asking for support for his proposal, processed this time as an amendment to the Parliamentary Fixed Term Law and in need of the support of a simple majority. “That way is to renew this House and give the people a chance.”

Jeremy Corbyn , who boycotted the election call the day before alleging “lack of confidence in the prime minister,” suddenly changed his position and said “he is anxiously waiting” for the opportunity to measure himself to Johnson campaigning across the country “and even in the constituency of Uxbridge and South Ruislip (where the “premier” would appear as a candidate) “I am ready for the elections, we are ready,” Corbyn said.

Despite the initial resistance, Boris Johnson has apparently achieved his goal of having a new Parliament before Christmas. The law should complete its processing in the House of Lords this week and can be ratified by Queen Elizabeth ll early next week, in time for the 25 school days prescribed by law .

Parliament rejected by 315 votes against and 295 in favor an amendment to advance the elections to December 9, as initially intended by the Labor Party, the Liberal Democratic Party and the Scottish National Party. The opposition also tried to force two amendments to enable the vote of EU citizens and young people aged 16 and 17 who were not admitted for processing.

In full countdown to Tuesday’s vote, and despite the internal divisions in the Labor Party, Jeremy Corbyn broke the deck and gave indications for the first time to endorse the appointment with the polls. “Now that the extension of the EU exit has been confirmed for three months, our condition of withdrawing from the table the option of non-agreement has finally been fulfilled,” said the Labor leader.

“We will launch the most radical campaign for real change this country has ever seen , “ Corbyn told his cabinet “in the shade.” “We are facing an opportunity in life to end the tremendous mess created by the ‘tories’ and return hope to millions of Britons.”

Corbyn’s decision, which the previous day gave orders to abstain from his deputies, allowed an overwhelming support for the early elections by 418 votes to be achieved on this occasion. The Labor leader managed in the final stretch to overcome the resistance of dozens of moderate deputies who considered that accessing an appointment with the polls on the date proposed by the conservative leader was something like “dancing with Boris.”

The current Labor Party, Momentum, celebrated the decision of its leader in the networks. In fact, Momentum had been in “electoral mode” for at least three weeks , requesting contributions from its members. Former Corbyn Chief of Staff Karie Murphy also assumed the role of campaign director a little less than a month ago, in close relationship with Corbyn Strategist and Communications Chief, Seumas Milne.

For his part, Boris Johnson emerged with the winner of the night and was acclaimed by his 1922 Committee co-religionists at the end of the intense parliamentary session. The conservative leader got his way with a surprising majority after his two failed attempts to call elections in September and Monday’s last fiasco. In a call to party unity, Johnson decided to reinstate 10 of the 21 rebel tories expelled a month ago , including Churchill Nichola Soames’s grandson .

“These elections will decide the future of the country in the next generations,” said the leader of the Liberal-Democratic Party, Jo Swinson. “We are the majority force in favor of permanence and in our manifesto we will record our intention to stop Brexit and revoke Article 50. This country deserves better than Boris Johnson and Jeremy Corbyn, and I am looking forward to bringing our positive vision and pro-European to my candidacy as prime minister. “