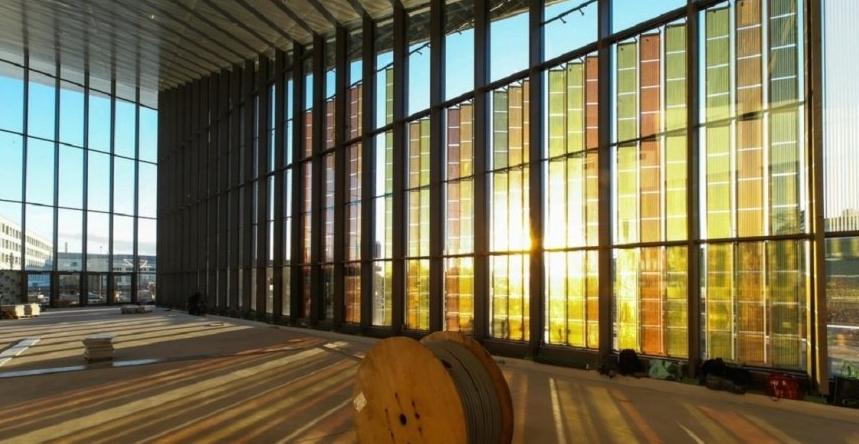 Researchers have improved the efficiency of power generation both under the Sun and with indirect lighting.

In Switzerland, employees of the Federal Polytechnic School of Lausanne (EPFL) have developed record-breaking transparent solar panels that will allow efficient electricity generation in homes. Details are published on the official website of the institution.

In the 1990s, Brian O’Regan and Professor Michael Gretzel invented mesoscopic dye-sensitized solar cells (DSCs), called “Graetzel cells”. They convert light into electricity using photosensitizers, dye compounds that absorb light and inject electrons into an array of oxide nanocrystals, which are subsequently collected as electrical current. Now scientists have increased the efficiency of such panels to 15% in direct sunlight and up to 30% in ambient light.

“Our advances open access to high-performance DSCs and hold promise as a power source and battery replacement for low-power electronic devices that use ambient light for energy,” the study authors said.

Graetzel elements are highly transparent and can be produced cheaply in a variety of colors. They are already used in greenhouses, skylights and even glass facades, but the amount of energy generated was quite small. Now more efficient solar panels can be used to charge various gadgets directly from windows or other transparent surfaces.

Photosensitizers are attached to the surface of nanocrystalline mesoporous titanium dioxide films impregnated with redox electrolytes or charge-transfer solid material. The entire design aims to generate electricity by moving electrons from the photosensitizer to an electrical outlet such as a device or storage unit. The key to increasing the efficiency of the elements lies in understanding how dye molecules are assembled on the surface of nanofilms and controlling this process.

Read More  Bots, the technology that we humanize to get closer to teams and automate processes

A team of scientists led by Michael Gretzel and Anders Hagfeldt came up with a new way to package two photosensitizers to improve the performance of the panel, because together the substances collect light across the entire visible region. The method consists in applying a monolayer of a material derived from hydroxamic acid to titanium dioxide nanocrystals, as a result, the absorption of the sensitizer slows down, allowing them to be densely and evenly placed on the surface.

The team tested the received elements for more than 500 hours and proved their stability. By increasing the active area to 2.8 square centimeters, the energy conversion efficiency reached 28.4% to 30.2% over a wide range of ambient light intensities.

Previously, US scientists have simplified the design of solar panels and forced them to collect more energy. The new technology broke the record, reaching an efficiency of 93.3%.