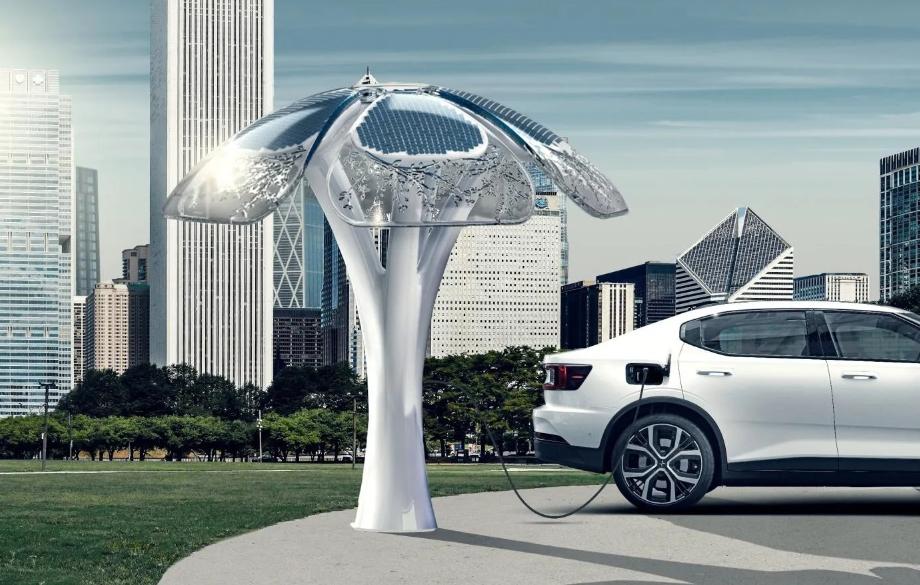 It is an idea to implement charging points that do not have a great effect on the aesthetics of certain areas.

The need to install more charging points for electric cars is evident and now a peculiar solution is being worked on. In the United Kingdom they have thought of creating solar trees to charge electric cars, so that their presence does not affect too much the aesthetics of the environment in which they are located.

In principle, this work is being carried out between the AMRC Advanced Manufacturing Research Center at the University of Sheffield and the company SolarBotanic Trees. Apparently, the initial idea was raised seven years ago, but now is when the prototype will arrive, as well as the final version.

The concept is clear. In essence, it is a charging point with solar panels in the shape of a tree. Thus, at the top there are leaf-shaped photovoltaic panels that absorb energy, which can be transmitted to an electrician at once or can be stored in an “artificial intelligence-driven energy storage and management system.”

In this way, the promoters of the project point out that these solar trees can be placed in places of “sensitive aesthetics”. Even so, they point out that they can also be installed in locations such as airport car parks or sports stadiums.

Now, that won’t happen until next year, when these charging points are scheduled to hit the market. In fact, the target set is mid-2023 for the arrival of the final version, which is being developed together with the prototype. It’s working against the clock, but SolarBotanic Trees boss Chris Shelley is optimistic:

“The AMRC team is a great partner for SolarBotanic Trees to deliver the rapid prototype. Using his world-class facilities and talent, he will enable us to move into commercial production in the near future, beginning with our launch order for 200 trees for RAW Charging Group,” he commented.

Therefore, it seems that these solar trees to charge electric cars will soon begin to arrive on the streets, although for now they will only do so in the United Kingdom. It will be necessary to see if later they end up expanding towards sunnier places.