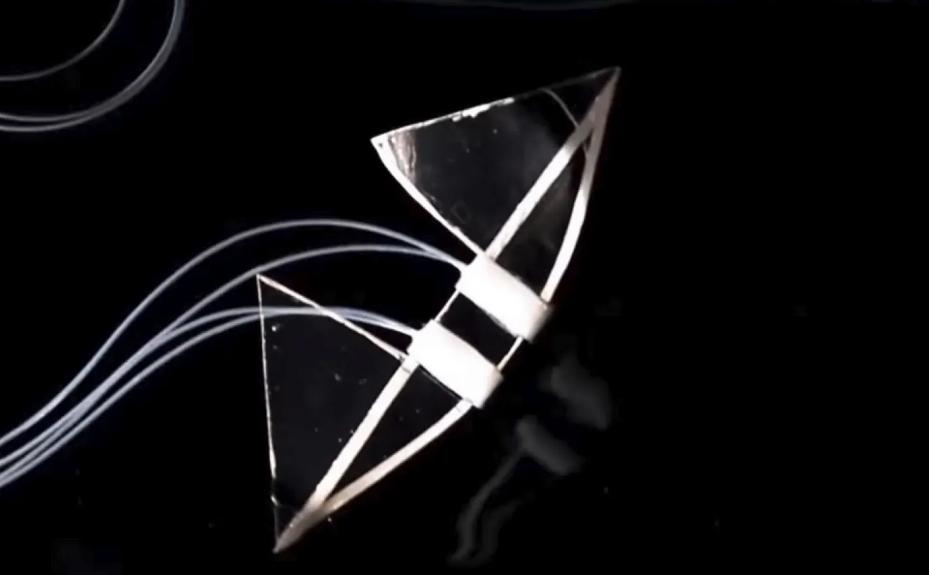 Scientists regularly draw ideas from the natural world, either by creating spider robots or inventing mechanisms that are arranged like crabs. When it comes to soft robots, marine life is the richest source of inspiration for engineers.

The latest creation, which was presented by scientists from the University of North Carolina (USA), is a robot modeled on a stingray that imitates the movements of a butterfly and thereby achieves incredible speed in water.

Engineers were inspired to create this robot by jellyfish, turtles and many other sea creatures, but the manta ray, also known as the sea devil, made the greatest influence on the designers. This stingray can swim faster than one body length per second, and it was this feature that the developers used when designing the biomechanics of the new robot.

The soft silicone body of the robot is inflated with a switch, while its wings are constantly between two stable states. As the mechanical body inflates and deflates, the wings flap in the water like butterfly wings, pushing the car forward.

Moreover, the design of the robot does not have a typical engine that supplies energy. Instead, the wings are passively driven by the body. This is an important difference from other similar developments, since it allows to simplify the design and reduce the weight of the movement.

The lightweight design helps the machine move at a speed of 3.74 body lengths per second, about four times faster than other robots, the team says. However, this is not the limit, as now scientists are working on a new version of their robot, which is able to make sharp turns and move autonomously.

Read More  One charge for a week of trips: the Zectron folding electric bike is introduced